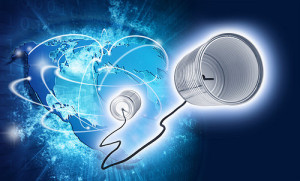 I am a loner – I have always been that person who loved her own space. This may be somewhat strange coming from someone who grew up with four brothers and four sisters. In addition, our house always had a cousin or other persons popping in and out. Then again, this may explain why I value my own space. I also like doing everything for myself. Of course, I finally realized that ‘no man is an island’ and that networking is important.

However, as I ventured into operating my own business I began to realize that being a loner could be a problem when trying to grow. While I knew theoretically that having a network was important, I thought that in my line of work, indexing, writing, proofreading and editing, I was fine on my own. Wrong! Yes, wrong, wrong, wrong. I was not fine on my own – I needed a network of supporters – people to push me when I wanted to give up; people, who believed in me and truly wanted to see me succeed.

In short order, I discovered that networking was not just a nice buzzword. After making connections on Facebook, LinkedIn, in writers’ group and other professional associations, my world exploded. I started being recommended for jobs, I made connections with freelancers who offered me projects to work on that they were unable to take on, and the friendships I have formed, are amazing.

I have gained knowledge as others in my field shared what they know. They ungrudging give tips on marketing that they took years to learn; they share links to places where they have found work, not being afraid of competition. The knowledge I have garnered not only help me to do what I do better but also about building a business. These are things I can never pay for. I have decided to pay it forward and share as much as I can to help others.

I have gone to bed and woken up to messages in my mailbox from prospective clients who were told to contact me if they wanted a professional.  With networking, I have found that it is not who you know but rather, ‘who knows you.’ So, even if you feel comfortable that you can do it alone – take the leap and find yourself a network – it will be one of the best decisions you will ever make for yourself and your business.

The Twelve Fatal Flaws of Fiction Writing: A ReviewMy 2014 Happiness Graph and Marching into 2015

Use Social Media Marketing to Reach Your Audience

Dog-Hearted: My Life Has Gone to the Dogs by Paul W Ivey

The Purposes of Book Reviews

A Love Restrained by Becky Flade